About the Prayer Book 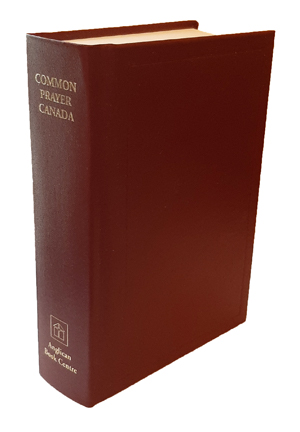 Why so much interest in a book?  The reason is that the Book of Common Prayer, refined in the crucible of the Reformation in England, is a system of Christian devotion almost without peer.  The first Book of Common Prayer was compiled in 1549, after the Church of England had repudiated the legal jurisdiction of Rome.  The aim of Archbishop Thomas Cranmer and his collaborators was to streamline and condense the Latin service books of the medieval Church, and to produce in English a simple, convenient and comprehensive volume as an authoritative guide for priest and people – hence the name “Book of Common Prayer”.  They did not wish, like some of the radical Protestant churches, to discard the liturgical heritage of the western Church and start afresh, but to prune away unscriptural accretions and to produce a book of worship that would reflect more clearly the Christianity of the Bible and the early Church.

The result was a book of scrupulous fidelity to the teaching of the original undivided Church and to Holy Scripture.  It remains the standard of doctrine and worship of almost the whole of the worldwide Anglican Communion to this day.  It is also a book of matchless beauty of language, which has nourished countless generations of Anglicans spiritually and devotionally.  The Prayer Book has come to be recognized as a liturgical classic, and is widely admired by Christians of other denominations.

Essentially, the Prayer Book is a book of worship.   It includes the Offices– services of morning and evening prayer to be said every day – along with tables for reading through the Bible yearly as a part of these services – and the Psalms, as appointed to be read through monthly as a part of the offices. It also contains the forms for administering the sacraments and other rites and ceremonies of the Anglican Church: Holy Communion (along with the Collects, Epistles, and Gospels used at Communion and other services), Baptism, Matrimony, and Burial, and the Ordination rites.  Also found in the Prayer Book are a number of other services and prayers for specific occasions or needs, such as the Litany, the prayers for the sick, and prayers for use at sea. Finally, the Book of Common Prayer includes official doctrinal statements, both Christian and specifically Anglican, such as the Creeds and the 39 Articles of Religion.

The Book of Common Prayer is not only of interest for students of Anglicanism, since it has played an important role in the life of the English speaking world more generally. Along with the King James Bible and the greatest works of English literature, the Prayer Book has been central in shaping the culture and thought of the English-speaking world.

You may also download the BCP in PDF format here.

Hard copies of the BCP,
as well as complementary books such as
the 1964 Canadian Book of Occasional Offices
and the 1938 Book of Common Praise,
are most easily obtained from the Anglican Church of Canada eStore.

For additional liturgical resources, please visit this page on our website.

Information on many versions of the Book of Common Prayer in use around the Anglican world is available online: